1st day in 2019 which starts with bad news!
The Delrues are absent after a death in their family. Apart from the sporting impact, I am shocked to hear this news because it touches friends! You can imagine that I am not in optimal conditions to approach this meeting even if it is part of life. Because of this, I have to compose without them.

This meeting takes place against the club of Aix en Provence, big team of the championship, which had beaten us in the first leg 6 to 2 but not without difficulty. So we find this very nice team with a reduced staff on our side, completed by Juliette Marbeuf. For the record, Swann Elia was approached to come play with us but she decided to leave her place to Juliette because she has already lived the adventure this season. This step fits very well in the spirit of our club, sharing above all! Thank you and congratulations Swann for your state of mind!
On the other hand, we are very surprised to have a visit from Victoria Slobodyanuk from Moscow. It’s really good to see her by our side. Victoria had a big injury before the start of the season and will not be able to play with us this year. But she still wanted to come encourage us. Another facet of the state of mind of our club. Bow down! 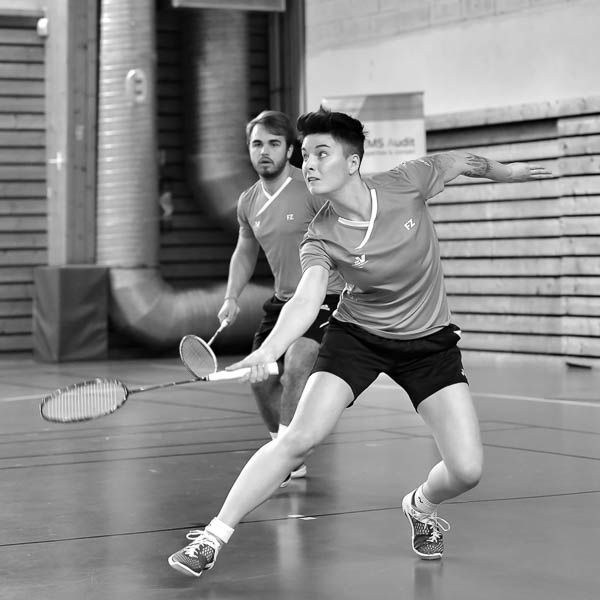 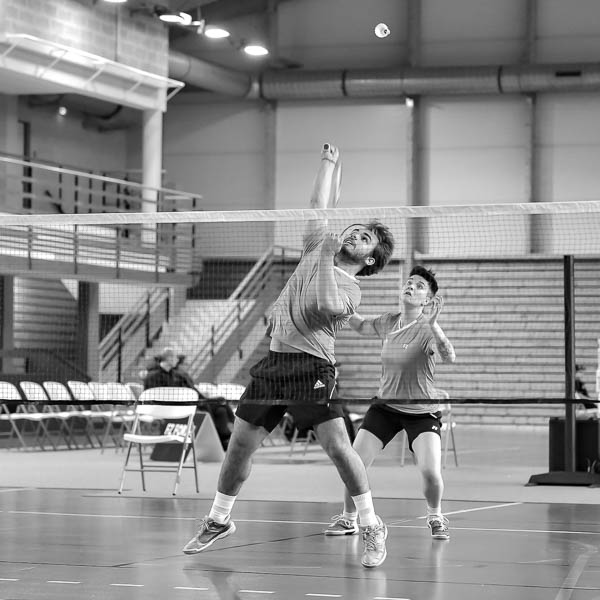 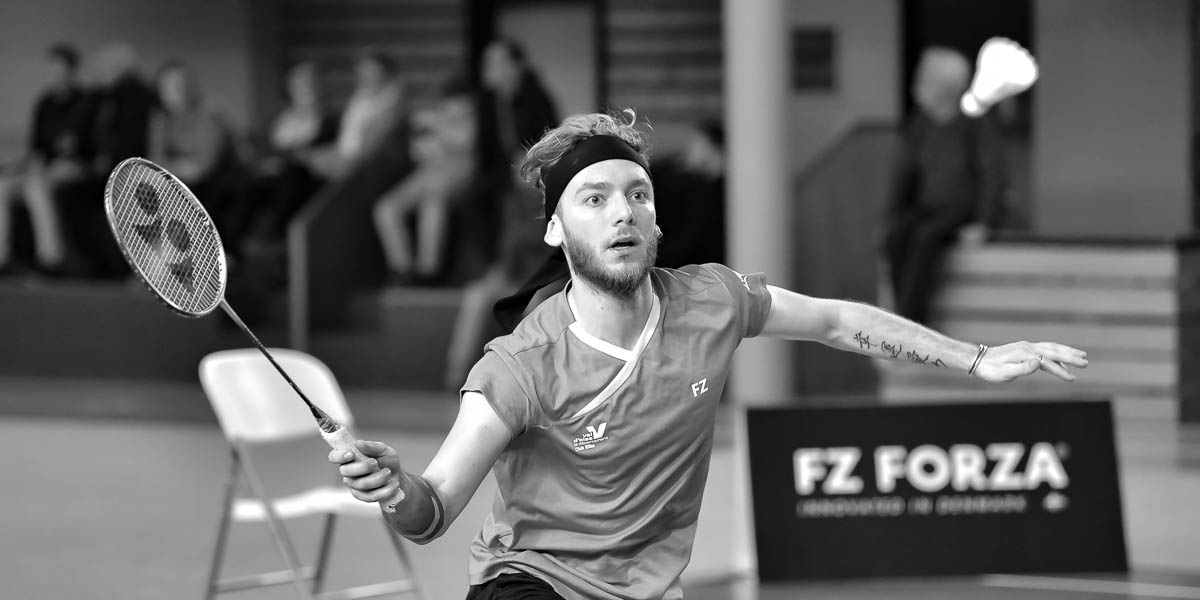 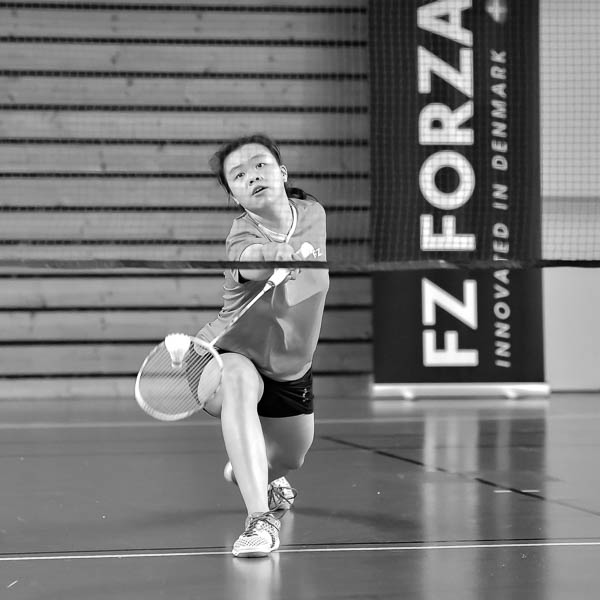 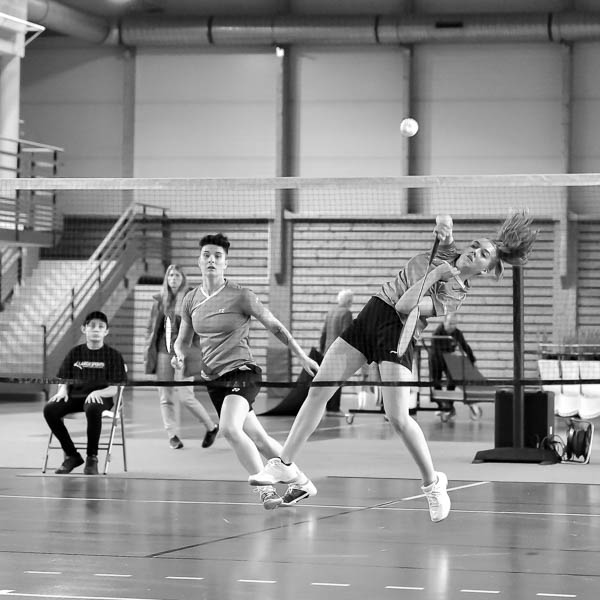 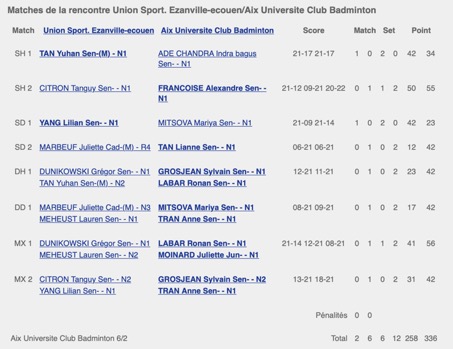 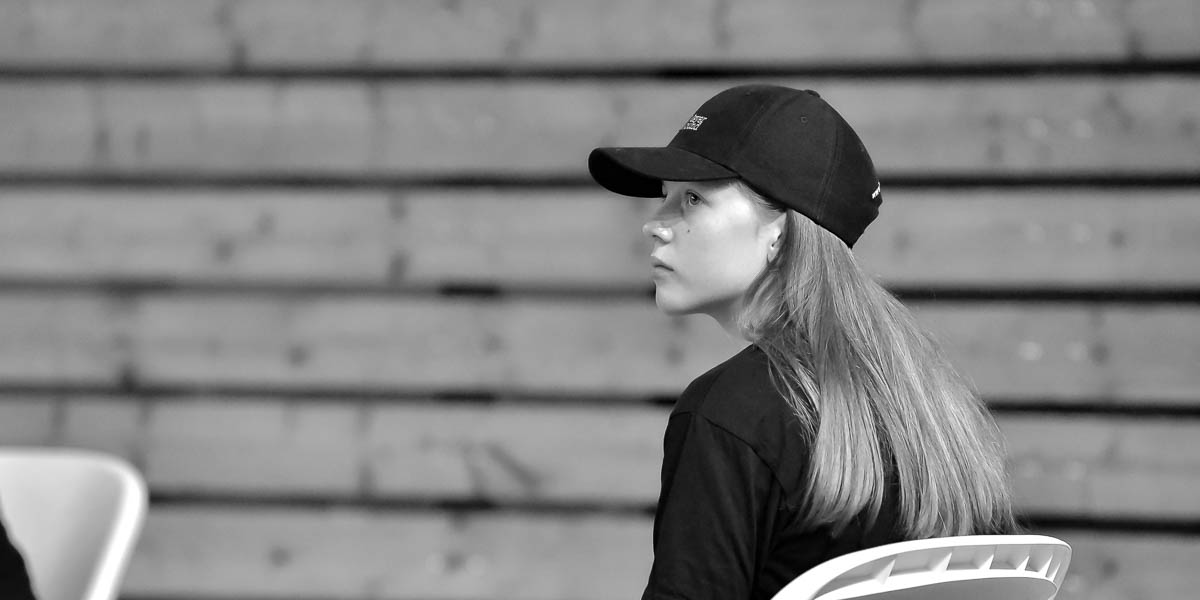 The meeting starts with the two mixed doubles. A first for Gregor and Lauren against Ronan Labar and Juliette Moinard. Gregor and Lauren surprise their opponents of the day by pocketing the first set. Then it’s more difficult in the next 2 heats.

In the second mixed double, Li Lian and Tanguy are associated but unfortunately can not embarrass Sylvain Grosjean and Anne Tran.

Juliette plays against Lianne Tan, sister of our Yuhan. No surprise! The difference in level is important and on the ground it is true, although Juliette shows an exemplary commitment.

In parallel, Yuhan, Liane’s brother (do you follow?) was playing against his brother-in-law J Indra Bagus Ade Chandra. Yuhan takes revenge on the first leg. This time with more matches in the legs, he manages to shake Indra. Our 1st point.

Begins the Women Single 1, in which Li Lian plays Mariya Mitsova again. The first leg had turned in favor of Li Lian in a contested match. This time, Li Lian leaves no chance for Mariya.

Meanwhile, Tanguy delivers the most disputed match this Saturday against Alexandre Françoise, who had drastically defeated him in the first leg. This time, Tanguy outs the claws earlier in the game to win in the first set of beautiful way. Alexandre wakes up in the second and Tanguy also lifts his foot. The third set is a set of madness. Between fighting spirit and Tanguy’s panache and the perfect control of Alexandre’s steering wheel, we are absorbed by the quality of play of the two protagonists. In the end, Alexandre wins this match 22/20 in the last set.

Final result 6 to 2 against Aix

Sadness before the meeting. A little hope during and disappointment after. Another big thought for the Delrues. 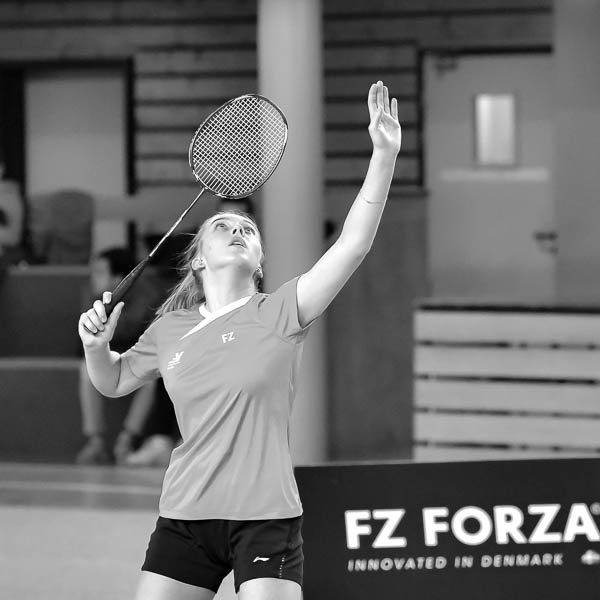 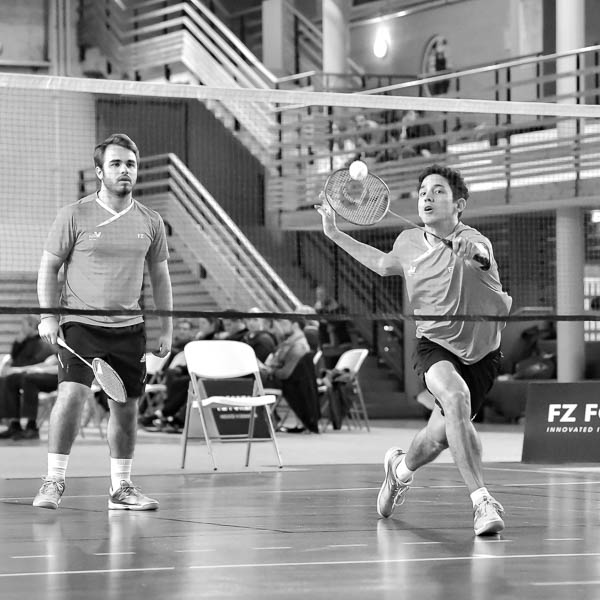 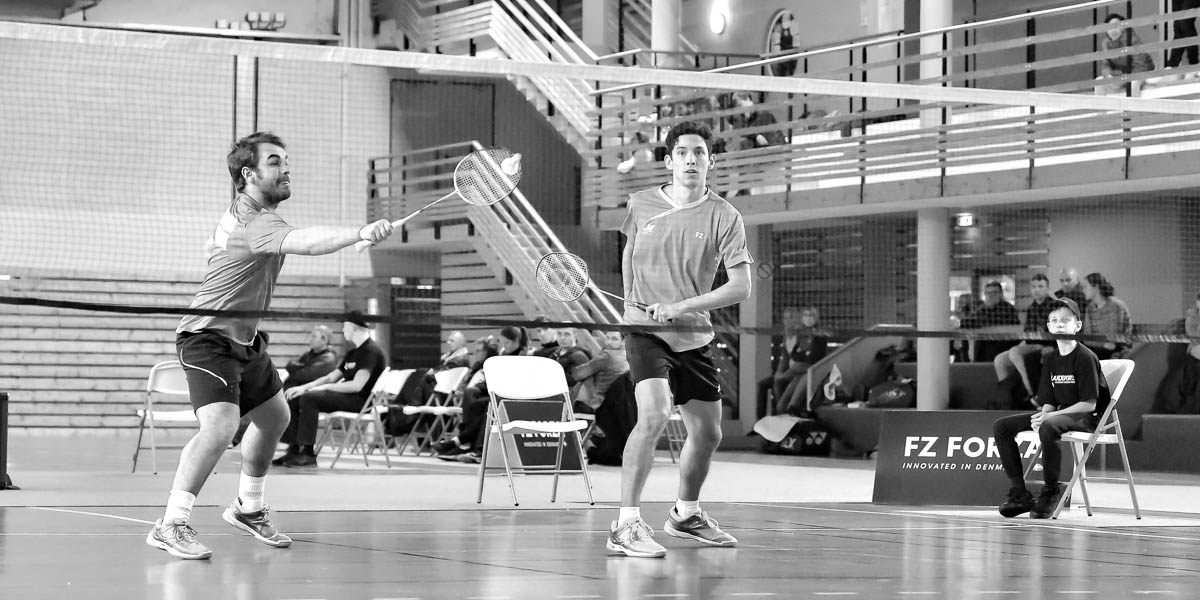 I want to thank for their presence, Claude Berton, president of the USEE, always there to support us and Frederic, the president of Arnouville club. On the other hand, I deplore the absence of CDBVO (the Departmental Badminton Committee of Val d’Oise). Always to the absent subscribers. There are still some days at home. It’s never too late to do it!
I warmly thank the line judges present during the school holidays and finally Jean-Michel Thon, for his flawless presence and his comments always correct. We are going to need you in this second part of the championship because the maintenance is far from being acquired.

Forza USEE. Come and encourage us